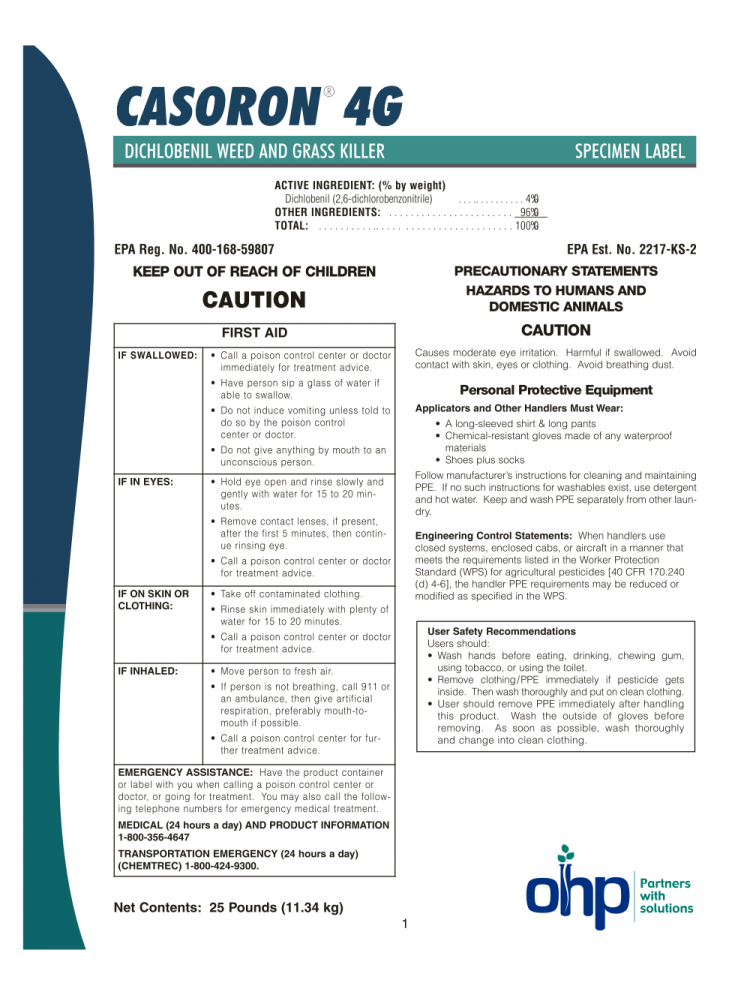 For use with Ornamentals, Non-Crop and Labeled Crops as a pre-emergent weed control.

Casoron 4G works on the growing points (new root and shoot tips) of germinating seeds or emerging perennials by inhibiting cell wall production. Because of this mode of action, application before weed seed germination or emergence provides the best control and eliminates the need for removal of unsightly dead plant material. With an active period of from 4 to 7 months in the soil, a single application will usually provide season-long weed control.

In the Pacific Northwest, West of the Cascade Mountains, the optimum timing for Casoron 4G applying is from mid-winter through early spring. In areas where winters are drier and colder, fall applications are usually preferred. In any area, however, it is important to remember that the herbicide must be incorporated into the soil by precipitation or irrigation to be effective.

Specialized formulations of Casoron are also available for control of problem aquatic weeds and for treatment under newly laid asphalt.

We are licensed with the State of Colorado to apply this chemical as per requirements.

Let us Help You!

Our goal is to professionally help our customers...

Not sure yet? Give us a call to discuss.